Highlights from the 2014 IFA Annual Convention

Highlights from the 2014 IFA Annual Convention 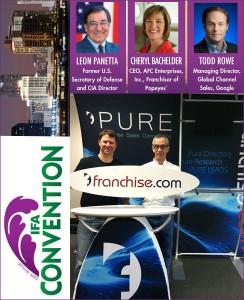 More than 3,300 people attended this year’s, 2014 IFA Annual Convention in New Orleans Feb 22-25th, and Franchise.com was among the exhibitors. Hopefully you were able to pay Booth 512 a visit, engage in meaningful conversation and take in the sights and sounds of New Orleans.

For those of you who were unable to attend, Franchise.com is pleased to provide this review, or check list per se, which will catch you up to speed on the convention’s topics and future industry trends:

Key Searches – David Mihm, SEOMoz’s search expert, reported there are more than 7 billion searches a month in the U.S. alone which relate to franchise goods and services, mainly for franchise opportunity information.

Website Design – According to Mihm, as a general rule, franchisors build lousy websites. He predicts most franchisors will need to start over just as Popeye’s CEO did (see Keynote Speaker section below), by scrapping their franchise opportunity websites and building new ones with the franchise buyer in mind.

This year, the IFA conference focused on franchise operations and relations, and franchise sales-related content was broken down into small round-table discussions.  Tables with topics such as “Lead Generation” drew attendees three to four rows deep.

Keynote speaker at this year’s 2014 IFA Annual Convention, Cheryl Bachelder’s presentation of Popeye’s brand positioning received rave reviews. She told a story of how Popeye’s remodeled their brand, two times; once without feedback from franchisees, and once with. The big lesson learned – the brand is bigger than the ego.

Lana Khavinson, Group Product Manager for LinkedIn, presented research on the importance of content marketing with findings that show buyers are making 70% of the decision to buy a product or service BEFORE they make contact with a salesperson; pushing personal contact with an actual salesperson further down the decision-making funnel than before, and forcing franchisors to tell more of their story on their websites. If you plan on growing a franchise system in 2014, content marketing is now the cornerstone of a franchise lead generation budget.

There is a shift from lead generation to buyer generation. More strategic advertising will focus on targeting those candidates who are further down the franchise decision-making funnel mentioned above.

Now more than ever it is important for recruiters, VPs and administrators to have public, personal brands connected to the company. Franchise candidates are researching the people in a company before they determine to do business with them. They Google franchise sales staff to determine whether or not they can be trusted. 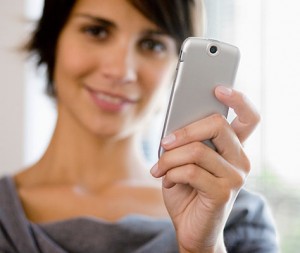 Social Media is playing a larger role in franchise lead generation and sales. In FranConnect’s 2014 sales survey, 19.2% of franchisors indicate closed franchise sales can be attributed to social media engagement. International Development – Estimates show 70% of world growth over the next few years will come from emerging markets.

IFA’s Annual Convention is the premier event in Franchising. It usually takes place each February and features world-class speakers, franchise experts, development and networking opportunities such as the ICFE Special Sessions, Annual Leadership Conference, Taste of Franchising and Franchising Gives Back. An exhibit hall showcases the latest products and services of nearly 300 companies. For many attendees, it is the highlight of the year.

What did you take away from this year’s conference?

If you were unable to attend, but would still like to explore business opportunities in more than 75 industries and 28 categories, please click here.

To view pictures and videos from the 2014 IFA annual convention, click here.