You are here: Home1 / Lead Generation2 / Working portal leads is work, but works.

Filling the franchise sales pipeline has always been the necessary work to closing deals and hitting development goals. Franchise portals have been around for about 25 years, and while some consider them a “necessary evil” in franchise development, they are one of the largest sources of deals (23% according to FranConnect) and deliver competitive cost-per-sale economics. 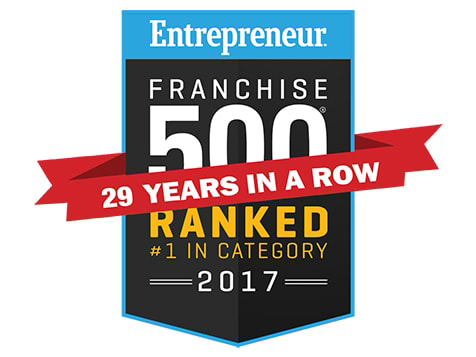 So how does an established company like ChemDry continue to evolve their brand and sales process to have close to half their deals closed to portal leads? They don’t rest on their lead laurels.

Continuing to grow an established system requires commitment to the brand, an evolving sales process, dedication to quick follow up, and recognizing that some sources are higher up in the sales funnel, yielding earlier-stage prospects. Sometimes, evolving means you get rid of a franchise sales process mainstay like Discovery Day, which is exactly what ChemDry has done. “Having a sales team which is adept at phone sales is important to our process. It’s quite different than a face-to-face sale,” says Doug Smith, Senior VP of Franchise Development at ChemDry.

ChemDry knows what it takes to leverage a sophisticated brand and continues to expand the franchise system’s footprint by applying a sales process that relies on phone interaction to identify, engage, and close the right candidates. ChemDry runs diverse lead generation campaigns from Pay-per-Click to social channels, organic and portal advertising. They generate 600-700 leads a month with a large percentage from portals, and while those leads take work, it is paying off for this small telesales team of four.

“Sales needs to remember that it’s a race to the prospect, especially when human nature leads them to de-prioritize channels that may need more combing through to find prospects ready to fully engage,” commented Smith.

Since January 2017, they have closed 26 deals, 46% of those from portal leads, including one of their newest owners, a three-territory sale to a prospect from Franchise Growth Network. The newest ChemDry franchise owner, Richard from Indiana, inquired to ChemDry on Franchise.com October 21, 2016. Richard was focused on home-related franchises and, due to ChemDry’s prompt follow up and engaging process, was able to sign him on as a multi-unit franchisee. Within a few months, Richard was awarded a three-unit franchise and officially opened in April of 2017.

“We’re always encouraged to see that our services are delivering results and a good ROI for our customers,” said Matt Alden, president with Franchise Growth Network. “Doug and his team at ChemDry do an exemplary job of putting the hard and smart work into yielding sales from franchise portal advertising.”

The ChemDry system is celebrating its 40th anniversary this year. Historically built by single unit owners, it now consists of a large number of multi-unit owners, with the top 30% owning an average of 5.5 territories per owner, and some franchisees owning as many as 16. Surely, this trend of franchisees buying and operating multiple territories is a great indicator of business performance that can only help continue to drive franchise system expansion.