Is Amazon the next franchise?

Is Amazon the next franchise?

Is Amazon a Franchise?

No, Amazon is not a franchise. It’s offering entrepreneurs the opportunity to operate their own Amazon delivery service. Owners are expected to manage 20-40 Amazon branded vehicles. The program includes training, access to technology, and discounts on leases, insurance, fuel and uniforms. The entry price is as low as $10,000, and owners can expect to earn between $75,000 and $300,000 in annual profits, if successful. 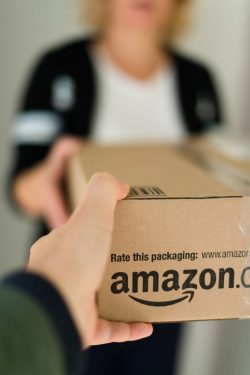 Yesterday, Amazon announced its plans to allow entrepreneurs the opportunity to operate their own Amazon delivery service. This new program has been designed to help Amazon decrease its reliance on third party delivery partners. This is not Amazon’s first foray into exploring alternative means to getting its packages in the hands of consumers. Last year Amazon invested funds to make a Kentucky airport a cargo hub. It has dabbled in delivery via drones, autonomous vehicles, and in urban areas, has hired gig workers to use their own vehicles to make deliveries at an hourly rate. Amazon’s primary form of delivery has been giants in the industry like UPS, DHL and FedEx. Amazon did state that the plan to expand its delivery partners will not replace these partners.

Amazon is seeking hundreds of entrepreneurs in the United States, to start up and manage their own local delivery service, of 20 to 40 Amazon branded vehicles. Some owners can start up their own Amazon delivery service for as low as a $10,000 investment. If successful, owners can expect to earn between $75,000 and $300,000 in annual profits. Amazon is offering new owners discounts in costs, as well as training (no logistical experience is required!).  The company has also announced a $1 million fund to help eligible military veterans start up their own delivery service with $10,000 in reimbursements.

About the Author - Kelly Mangum

Kelly Mangum is the Director of Marketing at Franchise.com Network with experience spanning B2C and B2B on both client-side and agency-side. Kelly has got a proven track record driving results through marketing campaigns, team management, and continual improvements. She's a fitness fanatic and loves spending time with family and friends.
Categorized Under: New Franchises